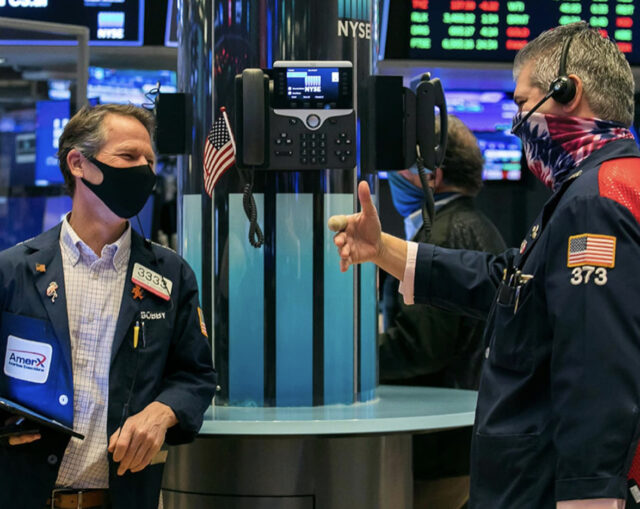 NEW YORK — U.S. equity futures are down as a new week begins on Wall Street Monday with reports President-elect Joe Biden will release a new economic stimulus plan sometime this week while investors worry about effects of a possible second impeachment trial for President Donald Trump.

Traders continued to be cheered by prospects that the incoming administration will pump more aid into the U.S. economy, a move that will help Asia and other export-driven nations.

Meanwhile, Asian shares were mixed Monday as hopes for more U.S. economic aid were countered by fears over spreading damage from the pandemic.

Japanese markets were closed for a national holiday. Adding to concerns over surging numbers of coronavirus infections, another new variant of the virus was reported over the weekend among several people who had arrived from Brazil.

“A resurgence of COVID infections, with evidence of a more infectious, new strains taking hold in Asia, beyond the West, suggests that recovery and vaccine hopes also ride the back of the Tiger,” said Venkateswaran Lavanya of Mizuho Bank in Singapore, referring to the peril of the situation.

Japanese Prime Minister Yoshihide Suga has taken care to spare the world’s third largest economy as much as possible from risks of sinking further, even as coronavirus cases have surged recently.

Suga’s declaration of a state of emergency for the Tokyo area, which kicked in Friday, focuses on asking restaurants to close at 8 p.m. Critics fear that’s not enough, and Suga’s support ratings are sinking. Cries for his ouster are likely to grow if the upward curb in infections doesn’t flatten in a month, as he has promised.