Bitcoin is back from the dead.

The world’s largest cryptocurrency by market cap broke above the $5,000 mark for the first time since November and has so far sustained its rally, prompting some analysts to declare an end to the so-called “crypto winter.”

The renewed run has emboldened some analysts to make new calls, including one from a technical trader who correctly predicted bitcoin’s collapse in 2018, founder of Factor Research and Trading Peter Brandt. After bitcoin’s (BTC-USD) latest rally he’s now calling for a run up to $50,000 within the next two years.

“I believe that charts reflect underlying supply and demand fundamentals and that’s how we have to look at it,” he said on Yahoo Finance YFi PM. “What’s happened from December of 2017 to 2018 is really an analog to what happened in the 2013 to 2015 bear market, where we saw sequential 10 up-and-down moves in the bear market and we’ve almost identically formed that same sort of pattern.” 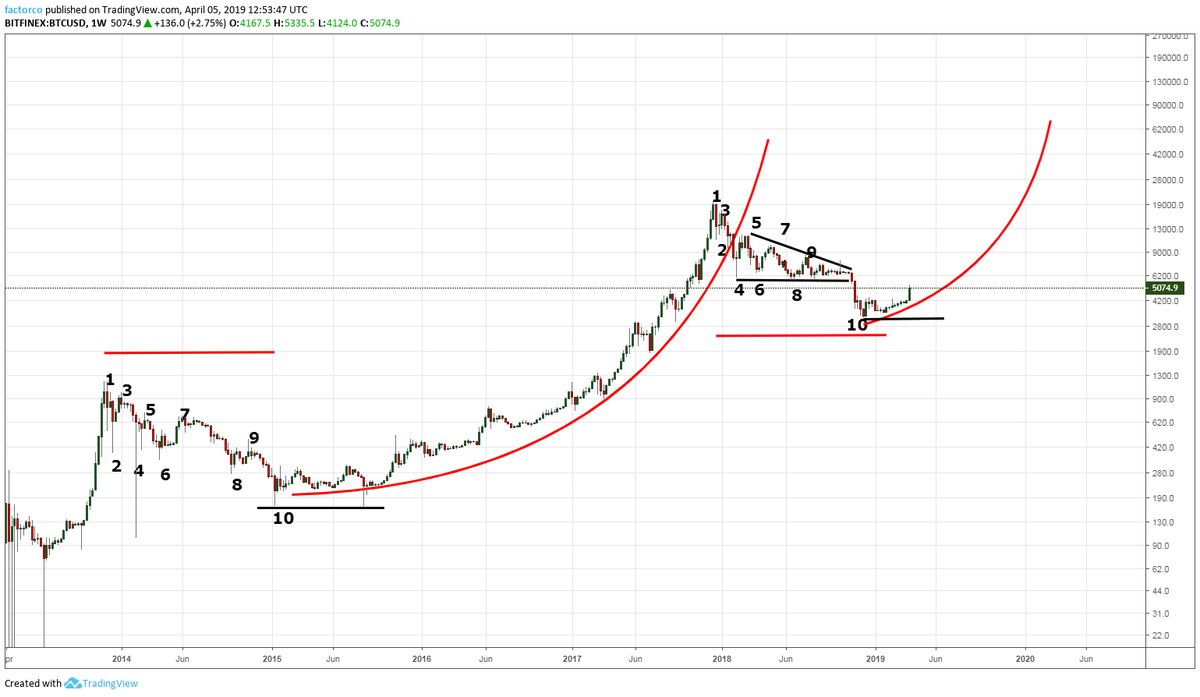 Brandt, a 71-year-old trading veteran, pointed back to bitcoin’s parabolic advance following a 2015 low as a reason to suspect the rally.

“I think the analogs are holding remarkably well and based on those analog studies, I think cryptos now will go back into a parabolic bull market,” he said. “The only question I have is do we rally here some and then sometime in late summer check the late 2018 lows or not? There is a chance that it does, there’s a chance that it doesn’t.”

Looking at bitcoin’s relative risk-reward in the shorter term, Fundstrat Global Advisors issued a new note for clients this week highlighting underlying fundamental improvements, aside from the positive technical signals Brandt pointed out.

“We see fewer reasons to question the recent recovery [in] Bitcoin prices—the best quarter since 2017,” Fundstrat analysts wrote. “While the key technical price hurdle is BTC closing above its 200D (currently ~$4,600 and falling by $15 per day), we see 2019 as positive risk/reward.”